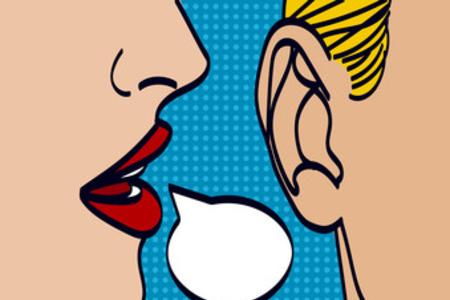 "Meeting with Brian O'Neil and following his ideas saved me time, effort and money. It helped me get agents, jobs, and the career I never thought possible. Listen to Brian and do what he says! He is THE BEST advisor, teacher, consultant, guide, and guru I have ever known!" -David Alan Basche, star of the USA series THE EXES


"Brian's advice and perspective helped me avoid the mistakes actors make when starting out, and he was especially invaluable when it came time to finding an agent. This man is a one-of-a-kind resource. Ignore him at your peril!" - Brian J. Smith, star of Netflix's Sense8, the Syfy series STARGATE UNIVERSE and Tony/Olivier nominee for THE GLASS MENAGERIE

"Brian O'Neil and I met at a time when my prospects were few. I followed his strategy and the plans he laid out. Now I'm a regular on a FOX series. Thank you Brian, you changed my life!"
-Eric Millegan, star of the hit FOX series BONES

"Brian O'Neil gave me specific information about whom to contact, when, and what to say. Since working with him I've made my B'way debut -in a lead role -and I'm forever grateful to him." -Caren Browning, co-star of Broadway's A VIEW FROM THE BRIDGE and current recurring guest star (Captain Judith Siper) of 43 episodes of LAW & ORDER: SPECIAL VICTIMS UNIT


"Most important for me is that Brian sparked a more intuitive lifestyle, a way of strategic thinking and effective planning." -Josh Casaubon, guest star of BLUE BLOODs, CSI: MIAMI, THE CLOSER, and HAPPY ENDINGS


"Nobody but Brian has the industry experience necessary and the insight to give an actor a personalized plan of attack. No one else even comes close. His ability to analyze, troubleshoot and help an actor solve any career issue is astounding."-- Stephen Gregory, current recurring guest star of 18 episodes (Dr. Kyle Beresford) of LAW & ORDER: SPECIAL VICTIMS UNIT


"Brian O'Neil's wonderful book not only helps demystify much of what is scary to the novice, it is also a wonderful refresher for veterans. It's both calming and wise, much like the author himself!" -Josh Radnor, star of the CBS hit series HOW I MET YOUR MOTHER


"Brian, thank you for your knowledge and generosity. You are hands down the best in helping actors structure their business game plan!"-- Herman Chaves, recurring guest star on HBO's HOW TO MAKE IT IN AMERICA and guest star of THE GOOD WIFE and HBO's CURB YOUR ENTHUSIASM


"Brian has not only given me the tools and the strategies on how to move my career forward but most importantly, he has given me the INSPIRATION. He shows you that there is a way to take control of your career. He is a flashlight in the dark. WORK WITH BRIAN and LISTEN to him. He knows what he is talking about!" - Douglas Taurel, guest star of NURSE JACKIE, DAMAGES, Robert DeNiro's 2-2 and "countless incredible auditions and callbacks because of Brian's strategies."


"Brian O'Neil teaches actors how to be 'president of their company'. Besides being an artist, Brian teaches you to be a leader, politician, innovator and a cheerleader for your career." --- Nancy Curtis, talent agent and owner of HARDEN-CURTIS ASSOCIATES


"Working with Brian showed me how to take more control of my career and create possibilities that I never knew existed. His knowledge of the industry and self-marketing for actors is unequalled!" -- Max Van Bel, guest star of the CBS series ELEMENTARY


"Acting As a Business was instrumental in me, a young character actor, getting my foot in the door. It is an honest and practical tool for anyone looking for a career in acting. A must-read!"-- Lucas Papaelias, featured in the eight-time Tony Award winning Broadway hit, ONCE.


"Brian O'Neil is the savviest business partner you could ever have on your way to becoming a working actor. I had the privilege of co-teaching a monologue class with Brian, who proved to be masterful in helping actors of all ages choose and perfect the right monologues. Whether you are a new kid on the block, looking to fine-tune, or in a funk, Brian can effectively help you put all the pieces together and steer you in the right directions. " -- Marilyn Glasser, former agent with ICM and current owner of Glasser Black Mgt.


"Brian O'Neil made theatre history at the Screen Actors Guild seminar he gave in the winter of 2011 at the off-Broadway Theater at St. Luke's. The respect and awe of the audience was almost as palpable as his shining performance in translating his knowledge and guidance to all of us eager actors, hanging on his every word. Everything he said was valuable to us all. There wasn't a word wasted and the foundation seemed to be the real respect and in-depth understanding of what if is to be an actor and what is involved in the struggle. We left that lecture on a higher plane. I've never experienced anything like it. I've never seen an audience reaction to a lecture that comes close to the applause and appreciation exhibited that night. He truly has a keen eye and ability, unmatched in my experience. The positive, supportive, successful atmosphere he creates in his sessions really helps me want to keep up the fight. It's uplifting and makes me feel that good things are possible. His generosity of spirit is so evident and inspiring. I really feel that he is pulling for me, as I know everyone in that audience last winter felt the same. It was tangible."-- Ruth Flaherty, principal performer opposite Meryl Streep in the 2012 Columbia Pictures film GREAT HOPE SPRINGS


"Thank you for sharing your experience and wisdom. I felt that the students were in especially good hands with you and we look forward to seeing you again next year." -- James Bundy, Dean, YALE SCHOOL OF DRAMA


"I met with Brian O'Neil one week after moving to New York to start my acting career. Two weeks later I was on Broadway! It could not have happened without Brian's strategy, guidance and rare unprecedented understanding of this ridiculous business!"-- David Rossmer, featured in the Five -time Tony Award winning Broadway hit PETER AND THE STARCATCHER


"Brian O'Neil helped me craft the most compelling business correspondence. It connected me to the right industry people and it worked!" -- Anthony Cistaro, star of the hit TNT series WITCHBLADE and NBC's FRIENDS: The Final Episode and guest star of NIP/TUCK


"Brian O'Neil's book and his one-session career-planning consultation are filled with invaluable information. I highly recommend him!"-- Eric Thal, lead role with Ethan Hawke in SNOW FALLING ON CEDARS and star of the feature film MOUTH TO MOUTH


"Brian O'Neil's Acting As a Business is a MUST for any actor or person considering acting in L.A., New York, and any city in between. I'm only sorry I didn't find it sooner. Look no further, this invaluable book has EVERYTHING you need to know about the business."-- Ben Curtis (Steve, "The Dell Dude") for Dell Computer's record-breaking TV campaign and guest star of the off-Broadway hit JOY


"Brian O'Neil's one-session career-planning consultation and his methods for contacting industry personnel directly have brought me phenomenal results! I recommend him to all actors."-- Andrea Frierson, featured in B'way's THE LION KING, MARIE CHRISTINE and BRING IN DA NOISE


"I could say 100 great things about Brian O'Neil and Acting As a Business. Acting IS a business and nobody puts it better than Brian."-- Billy Hartung, Miramax's hit film CHICAGO


"This is a real winner by an informed writer who should do more books!"-- The Coast Book Review


"ACTING AS A BUSINESS is without question the best book ever written on the subject."-- Matt Cord, WMMR-FM


"Reads like a chat with a well-informed industry insider, which is what Brian O'Neil is."-- Regional Theatre Directory


"While Brian's book is required reading at our school, there is no substitute for the man himself. His expertise, knowledge of the field, and earnest desire to help young actors find their way into the industry have made his seminars a tremendous resource at the National Theatre Conservatory for years."-- Daniel Renner, Director of Education and MFA program director, National Theatre Conservatory, The Denver Center


"Brian O'Neil's book is an invaluable resource, but his seminar is a tour-de-force threat of energy, practical tools, and perspective. Brian empowers actors to take responsibility for their own careers by putting realstrategies into their hands."-- Catherine Weidner, Program Director, Academy for Classical Acting at George Washington University/Shakespeare Theatre


"We consider Brian O'Neil's seminar a critical part of our students' training, no less important than any other. Thanks to Brian's seminar, our grads now leave the program with a practical and motivating approach to the business side of actiing, a 'method' they will continue to use throughout their careers. Brian gives actors something to DO. With his seminar, actors take their career into their own hands where it belongs!"-- Walton Jones, Chair, MFA programs, University of California, San Diego/La Jolla Playhouse


"Brian O'Neil's seminar is positive and accessible. He continues to make an invaluable contribution to the success of our graduates. I can't imagine a better introduction to the business of acting than Brian's seminar."-- Richard Seer, Program Director, The Old Globe Professional Actor Training Program


"Brian O'Neil presents the materials and the methods we all wish we had known. He has taken the fear out of my students moving forward with their careers."-- Roberta Sloan, Chair, Department of Theatre, Temple University


"Brian O'Neil empowers young actors by opening their minds to new ways of thinking and by giving them specific tools to help them begin their professional careers."-- Lisa Nicholas, Adjunct Professor and Director of Syracuse University's Tepper Center


For more information on what to expect in a one-on-one consultation, click below: